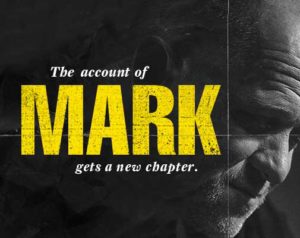 From drugs to living on the street and even prison, Mark has seen it all. After years of using drugs, getting clean and relapsing time and time again, Mark came to Guiding Light in hopes of finally overcoming his addiction.

Addiction has many different reasons, for Mark it began with his family. His father died when he was a small child. His mother was young and involved in a party lifestyle. He lost four cousins to overdose and murder. The first time he drank alcohol he was just eight years old.

“My whole family are addicts and alcoholics. All the people that were around me and my mom, they were young and partiers. I hung around my older cousins and they were all into heavy drug use. I’ve been addicted to drugs since I was 12 years old,” said Mark. “When I turned 18 and became a stage hand, that just fueled the fire of my addiction.”

By the time Mark began his career, he was many years into his crack cocaine addiction. He was still successful, working on Broadway plays and movies like [Martin Scorsese film Hoffa]. He spent his summers at Pine Knob working music festivals. He’s toured the country with Ozzy Osborne and Guns and Roses. He worked hard and he played hard.

He recalled the early years were the worst; but after his daughter was born, he managed to hold himself together. However, Mark said that between work, school and family, he would feel the need to unwind. He would often relapse and disappear for days at a time.

“I got into a rhythm that about every six to nine months I would relapse. I would get my wife and my family back, good job back and go out and screw it all up in four days. I would party the whole time, spend all my money or end up in jail. When I landed in jail my family was happy because they knew I was alive.”

His wife eventually left him and he fell even further into heavy drug use, and began living on the streets. He finally sunk so low that he felt like he wanted to die, and that’s when he checked himself into another rehab program. Mark did well living in the facility as a maintenance worker and running the Alcoholics Anonymous program. Until he fell off the wagon, again.

“At that point, when I came here [Guiding Light], I was fully done, I was done with being sick and tired. I knew I wanted something else and that’s what brought me to the Guiding Light. Other programs are a revolving door, I didn’t want to be a part of that revolving door. I didn’t have personal accountability [for my actions].”

Mark said other programs were either too religious or didn’t really address the internal needs that drove him to use. “Some programs are like – if you just turn your life over to God everything’s gonna be alright. You have to get to the point to where you do turn everything over to God, but it’s not something someone off the street and mad at God is gonna do. It’s a process.”

When Mark came to Guiding Light, he was placed in the Recovery program. He received intensive counseling and spiritual support to help him overcome his personal barriers to recovery. One year later, he lives at Iron House, is still sober and now works full time.

“I’m working on my relationship with God. I’m rebuilding my relationships with my children and my mom. I enjoy my grandbaby; I enjoy the fellowship at Iron House. I feel a lot better, a lot more whole.”

What you can do: Donate now to Guiding Light and invest in the men in our programs like Mark. You can also donate goods and clothing, or volunteer. For more information, contact Starla at (616) 451-0236 or via email at Starla@guidinglightworks.org