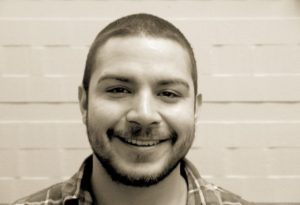 A new year is often thought of as a new start. For Johnny, this January has been the realization of a long-time goal. This is a special story for me to be able to share with you: the hard work and long road that’s resulted in a new type of life for one of our graduates.

Johnny came to Guiding Light Recovery almost 15 months ago. Like all of the men who come into the recovery program here, he had hit rock bottom in a lot of ways. In one of his sessions with his life coach, Johnny was asked what vision he had for himself in recovery. What would it look like for him to be healthy, sober, and in active recovery?

One thing that Johnny envisioned was reconnecting with his daughter through visits and regular phone contact. He’d been long absent, only staying in touch through infrequent phone calls. In fact, he hasn’t seen her since 2012 when she was six years old. This was one aspect of his vision for a new life that was difficult for him to imagine becoming reality.

This month, Johnny booked a flight and a hotel and went to spend a long weekend in Louisiana, where his daughter is living with her mother. He was nervous, unsure about how the meeting would go, what she would be like, what would come out of it. Morgan is almost a teenager, a long way from the six year old Johnny knew.

He said that his plan was mainly to give her a big hug when he saw her, and then just go from there. And he did. He greeted her with a huge hug. He said it felt much more natural than he had imagined, and that their time together was intense. She introduced him to her friends, they spent several days together getting to know each other and doing dad and daughter things.

Johnny shared how this was such an encouraging experience for him, adding some hope and strength to continuing his forward movement. This was part of his vision for a healthy self in recovery, and seeing it become reality has been powerful! This isn’t something that happened overnight. It’s been a long process full of small steps, boring steps, taken day in and day out, to make this a reality for him. Johnny is keeping the basics going, too, working a steady job, living at Iron House, staying active in community. He even comes back to Guiding Light several times a month to help prepare and serve lunch.

Johnny’s looking forward to this summer, planning when his daughter can come here and visit.