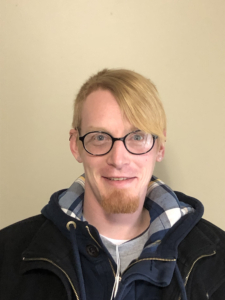 Traditionally speaking, miracles occur amid blinding light and the roar of thunder and onset of visions.

But Michael will softy tell you that his unfolded the day he walked into Guiding Light. “This is truly a place where miracles happen,” he says, “and I don’t even think you need to be a recovering addict or homeless or out of a job. I think the average person can come in here and learn countless new things about themselves.”

Michael is arguably qualified to make that assessment, as he’s been in and out of too many other facilities where they tried without long-term success to address his problems with drugs.

A native of the Clarkston area, Michael was born with pituitary dwarfism – a disorder marked by growth hormone deficiency and characterized by slow growth and small stature – and it haunted him during his formative years.

“I was bullied in middle school and in high school,” he says, “and it had to do in part with the dwarfism in my younger years, but also how we lived in an upper class area and weren’t really part of that.”

He dropped out of high school and performed odd jobs, but “broke all the rules” his parents had laid down at home and moved out at 19. Eventually, “prescription drugs were at the epicenter of my life, and I lost control.”

He met a girl and they had two boys and a girl. “But my infatuation with getting high took precedence.” They went separate ways, she with the kids, and by the time he was in his late 20’s,

“I was really spiraling out of control,” sleeping on couches belonging to friends and acquaintances “until they kicked me out and then I’d just find some other place to go.”

At one point, he called home a tent in the woods, and during an odyssey that endured into his early 30’s, entered and exited several rehab centers in Michigan and Indiana.

In February of 2018, he finally discovered Guiding Light. With the help of staff, he’s earned his GED, secured a driver’s license for the first time, landed a job, and has been drug-free the better part of a year.

In the near future, he hopes to be living independently, and re-connecting with his children, whom he hasn’t seen in roughly five years. As far as a sustainable job goes, he thinks he might like to work as a spiritual guidance director.

Since arriving at Guiding Light, Michael has taken the time to become self-aware about what’s important and what’s not. That would include zeroing in on the unimportance of “stuff,” and wonders “what the world would look like if you were  to replace material things with more internal compassion.”

That would have to be preceded by self-awareness, he notes, “since it’s hard to make somebody happy when you’re not happy.”

What did Guiding Light provide him that he couldn’t find elsewhere? “There’s an energy about this place,” he says. “It’s more about getting in tune with yourself, and understanding the science of addiction. At other places, it seemed like pauses in the road. You went right back out to do the same thing, and they don’t talk about that.”

Taking action, say Michael, is the difference between dreaming and doing. “I don’t stop at the vision stage anymore,” he says. “I’m a doer now. And it’s helping me create and fill in more and more pieces of the puzzle.”