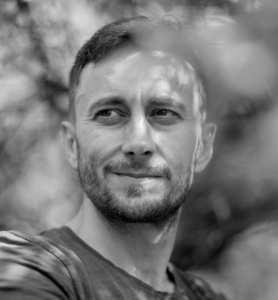 From Crisis to Confidence

Cornell was born and raised in Grand Rapids. He’s one of the few men who’ve come to Guiding Light already having a stable job, one he’s had for several years. But it was a bad relationship that effectively rendered him homeless, and he needed help.

“I was getting ready to move into a new place when we met. She convinced me to move in with her and her kids.” For years, Cornell was like a father to her 13, 11 and 9-year old. “They felt like my own kids,” he says. “We got engaged, and I was really looking forward to having a normal life; you know, working, maintaining, paying bills, pleasing my wife and taking care of her kids. I was doing everything I was supposed to.”

Then came the really bad day. There was a knock at the door.  Cornell opened the door to a man. He was confused to see Cornell greeting him. “Who are you?” the man asked.

The man answered with another question; “What are you doing here

“What do you mean? I live here.” Cornell answered. “This is my house!”

Then it all blew apart. In that split second, Cornell’s life took a huge turn. His longtime girlfriend had been fostering a new relationship while Cornell was working his 2nd shift job as a forklift driver at a local warehouse. The man had no idea Cornell even existed. His girlfriend came home and all hell broke loose. Through shouting, confusion and tears, Cornell’s girlfriend said she didn’t want to be with him anymore. He was stunned. “She had manipulated both of us,” he shares. “In an instant, everything was taken from me.”

In a flash, Cornell assessed the situation. The lease on the house was in his girlfriend’s name. A car they shared was in both of their names. The furniture, the dishes, and all their things—who would get what? Traumatized, Cornell grabbed his clothes, filled up two bags worth of personal belongings and carried them to a bus stop. He left everything else.

“I had just paid some bills that week. I had less than fifty bucks in my checking account. I couldn’t even get a hotel room.  He went to his parents house for a few days, and came to the realization that he wanted to forge his own path. Something with a solid foundation. Cornell dialed 211, a confidential service that helps people connect with needed resources. They told him about Guiding Light.

“I’ve never had to use resources like this,” he explains. “This program is phenomenal. I’m very grateful this place is here. There aren’t too many places that will feed you, put a roof over your head and let you work to stack up some money.”

It’s only been a month since all this happened to Cornell. “You don’t get over someone that quickly.” he says. “There are days that I’m very sad about it all. Sometimes life throws you curve balls and I guess we just gotta learn how to swing.”

For now, Cornell is looking at the big picture. He figures in another two months, he’ll have gone from fifty bucks in his checking account to to enough money for his own vehicle and a place to live. He’s working two jobs and clocking in over 80-hours of work each week. His strong will to be stable is taking the front seat right now.

“Nothing good comes without hard work,” he offers. “No matter what it takes, I will reach my goals.”

Cornell dreams of someday being married with kids. “I was fortunate to grow up with a mother and a father and I want that for myself too.”

On his time at Guiding Light, Cornell is very grateful. “I appreciate this place, and I hope I can still visit and volunteer. I really want to give back.”

Please pray for people like Cornell, as he and many others like him, who are working as hard as they can to get back on their feet.