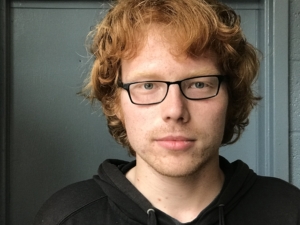 Guiding Light’s “Back To Work” Program Is Compass Joe Needed

The scar on Joe’s hand is a chilling reminder of a night for which he can’t provide a lot of details, other than remembering that “I got stupid drunk and mad at something and put my hand through a TV.”

He’s come a long way since that evening, when he was regularly using inhalants to get high, bouncing around from one job to another, and facing eviction from an apartment into which he’d retreated because he suffered from social anxiety.

Joe graduated high school from an alternative facility, after losing his mother while still a teen. At the age of 19 he found himself on his own.

Perpetually short on money, he spent several months living in his clunker of a 2001 Monte Carlo, parking it from time to time at a Walmart. None of the jobs he had seemed to stick.

Joe had trouble connecting with others, explaining that after work, he’d simply come home and spend time alone, often resorting to “huffing.” “It’s not easy for me to hang out with other people,” he says. “I’m good at hiding and avoiding contact with others.”

He sought therapy at a mental health facility, where a clinician there recommended he seek assistance at Guiding Light. Two days after being evicted from his place in Allendale, he applied and eventually entered the Back To Work program.

It’s here that Joe found a new pace and purpose, nailing down a decent job and starting to tackle close to $1300 in debts. “Joe’s been successful in all phases but at first he didn’t think he could do it” confirms Jeff Courtley, who directs the Back to Work program. “He’s worked well with case managers and has come out of his shell. Joe did the work to save close to $4000 and recently he moved into his own studio apartment.”

Though both his biological parents are gone, Joe, 21, stays close to an older sister and her children and hopes to work in the film industry some day. He’s set to start classes soon at Grand Rapids Community College, and is easing into personal relationships with colleagues at a work.

Joe is grateful for the opportunities afforded by Guiding Light and its Back to Work program. He views Grand Rapids’ Heartside neighborhood as an area hosting sources of refuge, but where “it’s still easy to abuse the system” and at some places “you don’t have to improve your life at all.”

“Guiding Light stands apart”, he says, “ because they hold you accountable to yourself. And if you can’t cut it here, you can walk down the street and see where you’re going next and there’s not the same advantages and possibilities.”

“I’m just glad that Guiding Light exists,” he says, “because without it, I don’t know where I’d be.”