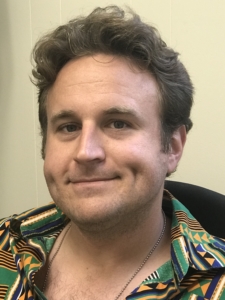 From Self-Destruction to Self-Awareness

The story isn’t an uncommon one. Andy was attending high school in Novi, and was a member of the lacrosse team, participating in bowling, and golf. His family belonged to a country club and life was, arguably, good.

It started with a bit of weed at 16 years old. By the time he was a senior, scheduled to graduate in 2005, weed wasn’t enough. Andy had taken advantage of his ADHD prescription of Adderall. He experimented socially with ecstasy and remembers going from a functional teen to someone who was barely getting by.

Once he graduated he began working full-time and his drug use increased. “My dependence on drugs became a daily thing,” he says, and by 2010, “I was going through jobs like candy.” He relied on his father for money and spent much of it on feeding his addictions.

Life soon began to spiral out of control. For the better part of a decade, Andy was focused on his drug use. He was arrested for domestic violence against a former girlfriend – the mother of his daughter, now 11 – but did not serve time. “I was drinking heavily, and it’s hard to pinpoint when it got out of control, but it happened quickly,” he says. “I was in and out of jobs and probably drinking a half-gallon of vodka every other day. I wasn’t paying bills. I wasn’t caring for myself. I was self-destructing.”

At the age of 32, Andy started engaging the revolving doors of rehab centers. One, he attended four times. “I was good for a month and then I’d relapse. I ended up living in my parents’ basement.”

Just last year, with nowhere to turn, he found himself at the threshold of Guiding Light. “I had burned all of my bridges and no one trusted me anymore.” Day by day, he maintained his sobriety and fought his way through the recovery program. He came to find that authenticity is a major key to success.

“It’s nice to be able to walk into a room and not have to hold back anything at all,” he recounts. “Everyone [at Guiding Light] has been where I’ve been. This is a place where excuses and stories get called out, brought to your attention, and challenged. And that’s when change can start occurring.”

During group devotionals one morning, Andy expressed his anger at God. He had been feeling like he always received the short end of the stick. “That’s when the other clients started calling me out. In reality, I was praying with my hand out, expecting [sobriety] to be given to me.” But God helps those who help themselves and Andy was ready to walk the life he had been praying about, studying through devotionals, and during meetings with his Spiritual Director. Andy now knows that its OK to be vulnerable and that he needs to be constantly self-aware in order to make it. “This place has taught me humility and how to get my confidence back.”

The spiritual component of sobriety is something he is also excited about. Andy doesn’t credit himself with his success. “God created me in my own unique way,” he says, “And it’s okay to celebrate that.” With help from above and Guiding Light’s programs, his sights are set on securing full-time work and maintaining an ongoing relationship with his daughter.

What’s (NOT) in Your Wallet? We Are Grateful for YOU