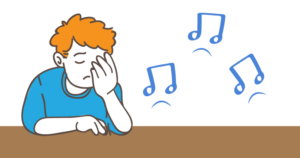 So sings blues artist Chris Thomas King, and most of us can relate. Who hasn’t experienced periods during which nothing seems to go right?

Some people feel this way all the time. Nothing ever goes their way. Their motto becomes: “Life just isn’t fair.”

Esau sang these blues a time or two. With a brother like Jacob, who wouldn’t? After he was tricked out of Isaac’s blessing, he complained about him, “This is the second time he has taken advantage of me: He took my birthright, and now he’s taken my blessing.” (Genesis 27:36, NIV)

But moping about like Eeyore didn’t help. Jacob still stole Isaac’s blessing, and Jacob’s family became the nucleus of Israel through which the nations would be blessed. Esau discovered that no matter how bitter, complaining withers before our God whose fierce promise to love and preserve His people cannot be stopped.

There’s a fundamental choice to life: either…

The former gives you complete control, but ends up in sour grapes. The latter yields to God’s plans, and it blooms with goodness and mercy.

Albeit each in their own way, Jacob and Esau eventually learned life isn’t always fair, but God is good anyway. Choosing God, even when things didn’t go their way, became possible because they knew this truth down to their bones.

The writer in Proverbs puts it this way, “In their hearts, humans plan their course, but the Lord establishes their steps.” (Proverbs 16:9, NIV) In other words, there’s “my life, my way” and then there’s “my life according to God’s design.”

Both are possibilities – except one leaves you singing praises instead of the blues.