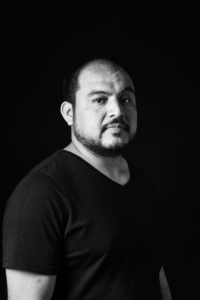 From Near Death to New Lease on Life

Russell had been drinking heavily, since a divorce. His coworkers and the culture at work, he said, kept pulling him deeper and deeper. Eventually, he found himself living on the street with other homeless men. They invited him to move into their tent city, behind a Kroger in Flint, Michigan.

One day, he passed out on the side of a road and awoke in the hospital. He was sick, “very, very sick.” He had jaundice. Seizures gripped him––symptoms of withdrawal.

Russell figured he was “near dead.”

He’d had enough. Russell entered a 30-day detox center. While there, he took stock of his situation. Experience told him another trip to a rehab facility wouldn’t be enough. He’d been through rehab before and invariably returned to the same old places, the same people, the same brutal habits.

Russell wanted something more, something that would last. Officials at the detox center told him about Guiding Light. So after completing the detox process, he went there. And, for the first time, he found a program that worked.

“They focus on building you up. They make sure you’re working, that you’re taking care of your responsibilities,” he said.

Once he was accepted into Guiding Light, Russell entered the four-month Back to Work Program. During the first phase, he secured a job. The second phase, he began saving 75 percent of his net pay, and Guiding Light staff began helping him with his credit and setting personal goals. The second phase also included courses in time management, budgeting, personal change, and spiritual direction.

The highly personalized spiritual direction sessions helped Russell get back in touch with his faith.

“Everyone comes in with a story,” said spiritual director Larry Slager. “We start with their story. How did you choose to come here? How has addiction affected your life? It’s an artful process of listening and wondering, sometimes challenging often unrecognized longings.”

The third phase involved getting Russell on a stronger financial footing so that he could be in a position to get his own place to live.

By the fourth month, Russell, like most of the men in Guiding Light’s Back to Work program, was ready to look for housing. And Guiding Light was there with him.

“We help the men with the first month’s rent, if they qualify, and we also offer any leads as far as housing that might be sustainable for them,” said Back to Work program director Jeff Courtley.

Courtley said that at every phase, Russell met at least once a week with a case manager. His progress was monitored closely. The idea: teach responsibility but also be ready with a safety net.

“Some guys might get jobs in their first week, and some guys might take a whole month. And during that time, they can stay here as long as they’re meeting certain obligations, like attending their AA meetings and completing their chores. They still have a life coach during that time,” Courtley said. “Once they’ve found housing, if the individual’s apartment is not ready or he hasn’t found anything, we offer an extended stay up to two months after the initial four-month period. They pay $50 per week to stay.

Today, Russell is putting his life together. He has rediscovered a faith that helps him through hard times. He has worked to earn back his family’s trust and is rebuilding a relationship with his two sons. He hopes to become a shift leader for his employer and, most important, believes it’s a realistic goal. Some day he hopes to have a bigger home. He feels strong and grateful. He praises Guiding Light donors––80 percent of donated money goes into administration and management of the program––for helping him get back on his feet and for enabling him to make a positive impact in his community.

“A lot of establishments, they get you sober and send you back out into the world with nothing. Guiding Light gives you a chance to build yourself up and get what you need to get back into society––they help you heal,” Russell said.

Embracing a Higher Purpose. Dexter Finds Sobriety and Faith. Are Your Power of Attorney Documents Up-to-Date?