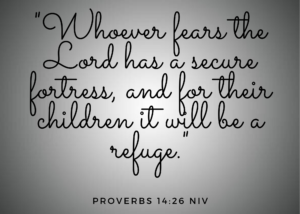 The Father and the Son. Dan Finds the Power of Prayer.

Dan had been addicted to pain killers since 2006. He needed them to function. When his mother, who was also his enabler, was taken by cancer in October, he hit bottom.

“October to January is a blur. I took Zanax to numb the pain of losing my mom,” Dan says.

He was encouraged to enroll in the rehabilitation program at the Salvation Army in Grand Rapids in January. But at the end of June he was kicked out, because he let temptation get the best of him again. During his 24 and 48 hour passes, he started seeing a girl who encouraged a partying lifestyle.

Dan had heard about Guiding Light’s shelter program and decided to give it a try. Once he got here, he felt the Lord telling him he needed more. After a few days, he decided the Guiding Light Recovery program would give him more structure and allow him to grow his relationship with God.

He started his work therapy in the kitchen, but on a whim decided he wanted to try security instead. This was a blessing in disguise.

“I had been praying for God to bring my family back together. I never would have expected how He would do this!” says Dan. “The first day I was working security, I saw a man walking down the road who looked familiar to me. I didn’t say anything to him though. Then I saw him again the next day. I decided to go out and talk to this man.”

Wondering who this familiar face was? It was Dan’s father, whom he hadn’t seen in over 10 years. Now his dad is part of the shelter program and working on giving up his addiction to alcohol. He has been sober for two weeks.

Dan has a few months left in the program and will finish in October, which is also his birthday. He still gets overwhelmed with how God is putting his life back together. Dan plans to take the next three months to work through issues he is still dealing with by letting God be in control. He also continuously prays about what God has planned for him when he is done at the mission.

“I feel God working on my heart, because if I make a mistake, I feel bad about it. Before I wouldn’t have cared,” he says. “My prayers to might be small, but they are sincere and from the heart.”