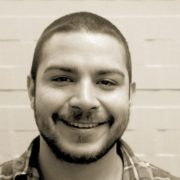 “I was flying through life, appearing successful on the outside, but drinking and taking 20-30 painkillers every day. That was my life for 10 years,” recalls Steve.

He was working for a major furniture systems manufacturer/dealer in West Michigan, watching his salary climb higher and higher as a successful salesman and knowing inside that he was killing himself as an addict.  “I was drinking and using from morning until night. One time my boss found four empty vodka bottles in the drawer of my desk,” he recalls.

Steve, 46, was born in Zeeland, MI and grew up in Jenison, MI. He is the youngest of three children and the only son with two sisters. “Looking back on my childhood, unlike many men in the program, I have no sad stories. I had a great childhood. I spent my early teens on my family’s sailboat enjoying water sports at our cottage on Lake Michigan. In high school, I was a member of the football team. I was also on the college football team at Wheaton College in Chicago. Along the way, like a lot of kids, I drank a bit and smoked marijuana,” he admits.

“After college, I moved to the Washington D.C. area where I interned with a U.S. Senator and volunteered for Prison Fellowship. After two years there, I married and we lived in Chicago where I worked at the Mercantile Exchange. It was exciting but I determined it was not the career for me. We moved back to Washington, D.C. and I began a career in sales in the office systems furniture industry. I worked there until we moved back to West Michigan to work for a West Michigan dealer. I enjoyed a very successful career in sales. The only difficulties were back pain from years of traveling and too much drinking while entertaining customers. To combat the pain, in 2002, an associate introduced me to prescription painkillers, “says Steve.

That became a lifelong addiction that in his own words, “took over my life.” He recalls, “At first it was a few pills from friends. Then I would manipulate doctors to write scripts. When that supply was not enough, I began buying them mail order and later from illegal dealers. Surprisingly, my career was going well and I was given a lot of autonomy. My boss knew I drank too much but the sales results were there, so he didn’t really care. For over 10 years, I was taking 20-30 painkillers a day and washing them down to vodka.”

“It is no wonder that a crisis came in 2012, when I experienced the greatest pain I could imagine. I was diagnosed with pancreatitis and hospitalized for a week. My family was worried about my losing my very life at this point. I got through that experience but still continued to use. I began to feel like my body was shutting down. I lost my job. I would discover bruises all over my body because I was falling down often. I had become a slave to prescription drugs and alcohol. This went on for two years. My sisters became so concerned for my life that they staged an intervention,” Steve shares.

“At that point, I cut down on my use but continued to use. I was feeling that I could handle things but then I was to blame for an auto accident. I was consuming two fifths of vodka a day and out of touch with reality. I didn’t know day from night. My mother came to my apartment one day and gasped at what she saw,” he recalls.

“Things began to move fast. I was taken to Pine Rest for detox, then I began the Drug & Alcohol Recovery Program at Guiding Light. From spring, 2016 until the end of August, I worked hard to overcome addiction through Guiding Light Recovery. After I completed the program. I wanted to begin a new life, clean, sober and of service to others. I was offered the opportunity become a counselor at Guiding Light, which I accepted,” he says.

“Along the way, I was divorced after 19 years years of marriage and two daughters, ages 11 and 12. I am working at restoring relationships with those I have hurt through the years as I create a new identity for myself – sober Steve. I have developed the daily spiritual practice of devotions, prayer and journaling. These practices have provided me with courage and calmed me. My faith has traveled from my head to pierce my heart, and that has made all the difference.”

“Today, I feel blessed. I feel like I am watching miracles every day as I initially see a lot of pain in the eyes of the men who come to Guiding Light. As they progress, I literally see them come back to life. For me, there are times when I see the face of Christ in them. I see raw joy as they begin to realize that they might make it through to sobriety and a new life. I’ve never seen that kind of joy anywhere else,” concludes Steve. Robert, age 47, fought personal issues most of his adult life.  By his own admission, he lived an unhealthy life and was unable to maintain employment.  He felt like his life was spiraling out of control in a negative direction.  “I was talking to a friend and shared that I just wanted to be healthy in every way – physically, mentally and spiritually.  He put me in touch with Chaplain Larry who serves Guiding Light.  That was when real change began to happen for me,” he recalls.

Born and raised in Dowagiac, Michigan, Robert will return there for Christmas this year.  It will be the first Christmas with his family, including his mother, brother, two nieces and a nephew, in six years.  Upon returning, he will move into a new transitional housing opportunity provided for men who have completed the Back to Work program.  Three men will move into a three bedroom, two and one-half bath townhouse.  “God is blessing me.  My Mom always said ‘When you do good, good will follow,'” shares Robert.

“I needed a fresh start and found it through the Back to Work program.  I came to Guiding Light for a safe place to live, and I worked with The Job Post to find employment.  I found respect and a place where people let me be myself yet I am held accountable.  I definitely found what I was looking for,” he says.

Robert works as a Quality Inspector of car parts for Spectrum Industries.  Through this housing opportunity, he will pay rent in full and on time monthly.  He will receive an Alumni Card which provides two meals a week, use of the Computer Lab and continuing counseling.

He wants to stay connected to those who have helped him so much.  “I told Mr. Ray that I would like to volunteer, so if anything needs to be painted, cleaned or fixed, he knows to call me.  I am still a work in progress, but I am at a point where I want to live a peaceful life and give back.  I am humble, grateful and truly blessed to be where I am today.  I am beginning to build a healthy life.  God has seen me through and answered my prayers,” Robert concludes.