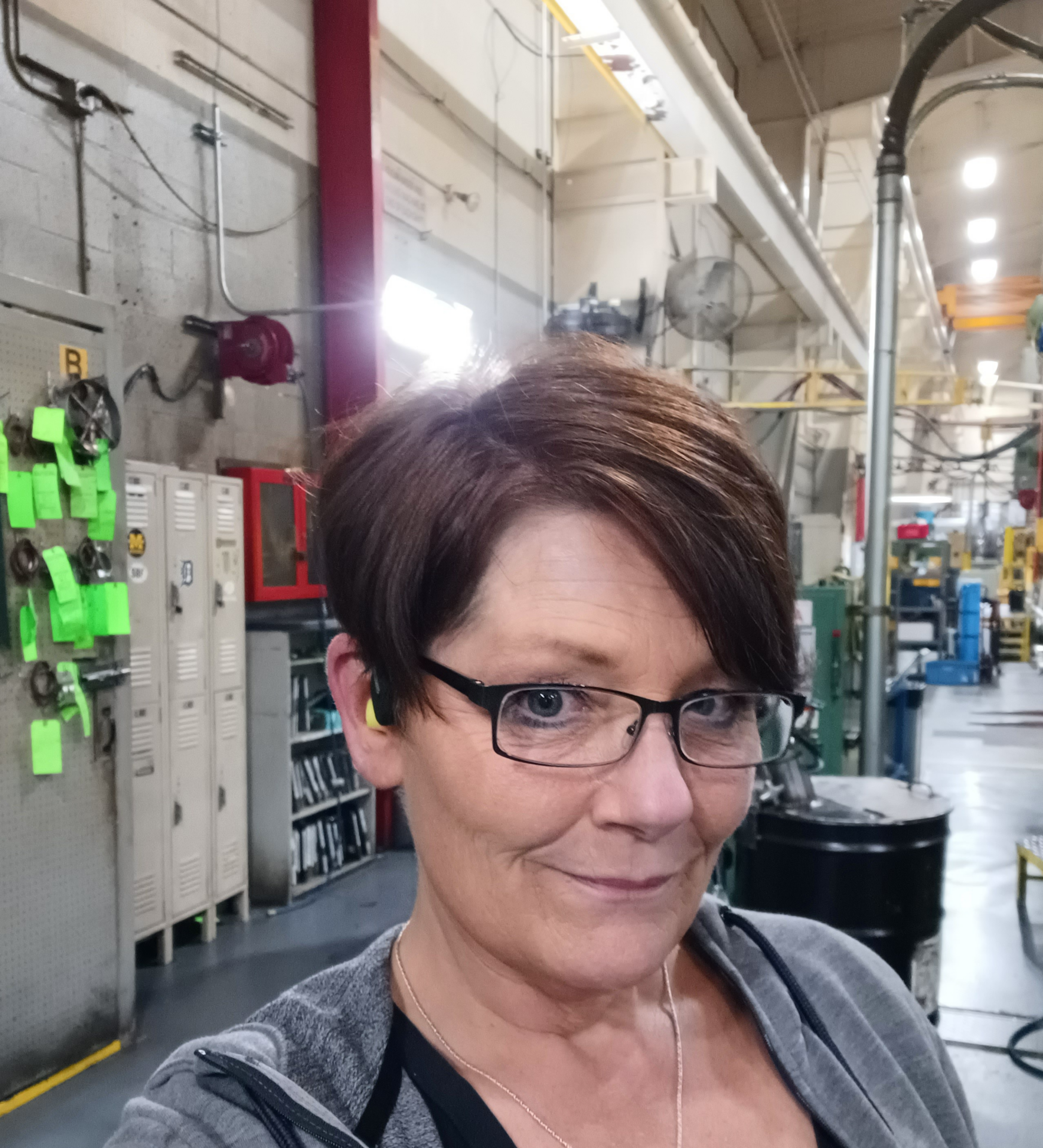 Jennifer was in a rough spot in the spring of 2020. She lost her stepson – then she lost her job but racked up a third DUI, which was officially a felony.

COVID was rampant, making it hard to find a job – but at least she could still count on unemployment until her sentencing.

Jennifer came from a background in hospitality and retail. But as she grew older, it was harder and harder to hustle tables for tips. The money wasn’t consistent and, as she put it, “people steal your sparkle.”

After her sentencing, she found a job at a Battle Creek gas station. But she had to drive back to the Grand Rapids area for her court-mandated sobriety courses, and the gas money didn’t make the job worth it. She also worked as the house manager at an adult foster care home. “That was my dream job,” she said. But it had no benefits, and the pay was not a wage she could live on.

Since she had both court-ordered therapy sessions and sobriety court obligations during the day, a second shift job became a requirement for Jennifer. Finding something on the bus line or “not too far for Uber rates” was also necessary since she no longer had a driver’s license.

Jennifer did have some manufacturing experience and tried to find work in a Grand Rapids plant. But with her felony conviction, it was hard. She’d apply to positions but never got a response.

Then something happened that changed her employment situation big-time. Scrolling through her Facebook feed, and an ad for The Job Post popped up. She responded to the ad and within the hour Bruce Keen reached out to her.

“When he called, I just spilled the beans,” she said. “I think I was open and honest with him because of the therapy I was going through, otherwise I might not have told him everything about my past. It’s hard to tell your story when you’re ashamed of it.

“Bruce was so wonderful and accommodating. There was no judgment from him. He listened carefully and then went to work to help me find a job.”

Then, as she put it, “the stars aligned!” Less than 24 hours later, Bruce called her up and said, “how about second shift at Pridgeon & Clay?”

“I had told him I needed second shift and something on the bus line, but had never mentioned P&C,” Jennifer said. “But I ended up with the job!”

A job is one thing but recovering from an alcohol addiction is another.

“I knew I had to quit drinking but with everything in my personal life going on, it was hard,” Jennifer said. “My felony forced me to take a good, long, hard look at my life and the direction it was going. My kids. My grandkids. What’s really important.”

Jennifer had quit drinking about 15 years ago, which stuck for seven.

“You become a ‘dry drunk,’ she said, “not drinking but not resolving the reasons for the drinking. I was sober but bitter, resentful and had not fixed anything.”

She had gone to therapy then, but it was for a different issue. Now, her therapy is focused on her real reasons for drinking.

“I have days where I feel I’ve wasted many years. But I cannot change the past. I’m working very hard with my therapist. She has been phenomenal, and I will be sad when sobriety court is done because that pays for my therapy.”

As part of her recovery, Jennifer attends support group regularly.

“Surrounding myself with like-minded people who understand and do not judge at those meetings is very helpful,” she said. “I chat with the people from Guiding Light at every meeting.

“For The Job Post to be a part of Guiding Light holds a special place in my heart since I’ve had my own experiences in the Heartside area downtown. Most agencies are collaborating because there is such a need down there. It breaks my heart to see everyone so displaced.

“But there are positive changes going on and I think that’s great too.”

In her support groups, they talked about a higher power, which started resonating with Jennifer.

“Growing up I felt like religion was forced down my throat,” she said. “I always believed in God but eventually stopped talking to Him — at least until recently. He’s very important now.”

Jennifer gets up every morning and reads reflections, thanks God for another day of sobriety, and asks him to take what she cannot handle and give her strength to handle what she can.

“Spirituality has come back to me, but in a different way. It’s a personal relationship with God now,” she said. “And I’m learning to live simpler.”

A NEW JOB… AND LIFE

Since being hired at P&C, Jennifer has her driver’s license back, purchased a car and moved back to her house in the suburbs. She enjoys her 12-year-old pit bull/pug named Frankie Lynn—a compromise when her kids wanted to name her Franklyn—and her roommate’s dog, Zoey, who is “120 pounds of of pure love.”

Jennifer is still subject to random drug tests required by sobriety court. During her training at P&C, she had to work the day shift and the test window was during her work hours. P&C worked with her schedule to accommodate the tests, and she feels they have been very supportive. She’s proud of receiving a raise since she started working there.

“It’s dirty, greasy work and you need a mechanical brain,” Jennifer said. “Not that many women like to do this kind of work, but it’s the job I really wanted. There’s good overtime and they offer benefits. I also have an opportunity coming up to move to a new department and train on both presses.

“If it wasn’t for The Job Post and Bruce, I wouldn’t be where I am at P&C. I never even met him and was hired through email. Yet he holds a warm spot in my heart and is exactly what I needed at that time. I am so thankful.”

Guiding Light to Host Third ‘Sober Bowl’ Watch Party for its Addiction Recovery... Moving on up at Iron House