Guiding Light walks alongside individuals too fulfill their God-given dignity and potential through rescue, recovery and re-engagement in community. Guiding Light was first established as West Fulton Mission in 1929 by a layman named John Van de Water. It began out of a need for meals for the unfortunate in the community. Shortly after moving to its new location, Guiding Light started what would become one of the most important components of its program. After receiving its certification from the state, Guiding Light began offering treatment for those struggling with drug and alcohol addiction. This would eventually develop into the S.T.A.R.T. program. The program has continued to evolve and is now the New Life in Christ program.

The VanderVeers served faithfully until 1966 when Andrew died suddenly while delivering an evening chapel service. The following years were difficult for the Mission. Cornelia passed away in 1968; and, after a brief stay, the new director resigned. The board began seriously considering closing Guiding Light. In 1968 Guiding Light officially closed.

Guiding Light remained closed for one year until Jacob Vredevoog, an assistant to the VanderVeers, reopened Guiding Light as an independent faith project. He did this with his own money and with the support of local donors. Vredevoog served until 1972 and passed away.

Guiding Light was then led and expanded by a number of directors, including Edward Oosterhouse, Herm Koning, Lucky Hobson, and Chico Daniels. Under their leadership, Guiding Light outgrew its original location and was moved to its current location at 255 Division Ave S.

Today, Guiding Light continues to fulfill the mission set forth by its founders. We continue to provide services to the homeless and suffering while sharing the love of Christ with those in need. As we move into the future, our mission remains to provide recovery and re-engagement for those living at society’s margins.

Check out the links below to learn more about Guiding Light’s history and future! MORE THAN A MISSION

Helping men in Grand Rapids on the street get back to work and back to life. We restore self-worth, faith and the ability to contribute. Getting men off the street and on the payroll. Christ-Centered – Guiding Light follows the teachings of Jesus Christ powered by the Spirit and supported in prayer.

Excellence– We courageously pursue excellence in our programs, leaders, and outcomes through learning, innovation, and personal and organizational collaboration.

Gratitude –We receive our blessings and challenges with the spirit and actions of gratitude to God and to others.

Integrity – we commit to high ethical and professional standards as good stewards of our entrusted time, talents, and treasures.

Justice – We uphold the human dignity of each person and further inclusiveness.

But I will restore you to health and heal your wounds,’ declares the Lord, ‘because you are called an outcast, Zion for whom no one cares.’

A dedicated Board of Directors and staff at Guiding Light work tirelessly to carve out a program that creates employment, independence and sustainable living. At Guiding Light, we do everything we can to help men face their addictions, get back on their feet, and take control of their lives. 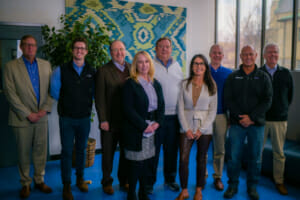 Guiding Light Board of Directors

A Message from the Board

What an honor to be part of this wonderful ministry at this exciting time. Everyone loves playing for a winning team, with energy and excitement and the thrill of making an impact.

Guiding Light is about change—changing the course of each life to reflect God’s plan for health and happiness and spiritual peace. We are focused on bringing about this positive change in men’s lives and in our world. That is our calling and our passion.

This ministry is showing such growth, unimagined just a few years ago. Iron House, The Job Post, Back to Work and Guiding Light Recovery are yielding rich fruits for our men, the organization, and our community. These are new bridges of opportunity, helping men transition from rescue to recovery and full re-engagement.

We still do what we have always done – share Christ’s love by offering a hand to those at the end of their rope. Now we offer even more – real, sustainable recovery, supported with safe, affordable housing and employment that leads to full social re-engagement and personal restoration. Men are meeting Christ and being saved, changed, transformed.

As the world changes, we must too, applying insight and wisdom, remaining strategically focused and disciplined, yet nimble and responsive to new opportunities and challenges. We share the Good News by showing God’s love in a changing context with excellence. We are a leader in comprehensive rescue, recovery and re-engagement; helping each person realize his God-given potential and dignity while contributing to a healthy community.

This Strategic Plan charts our course for the coming years. It includes our Mission, Vision, Goal Statements and Objectives, Guiding Principles and our Dashboard. As our stakeholder partners, we hope you will look carefully at these vibrant plans to meet our God-given opportunities in the future.

Guiding Light has been graced with many hands, big hearts and a clear vision that the Gospel we believe calls forth the good for every life, to heal every wound, realize every gift, repair every broken part of a person and his family and the community. Thank you for being part of this amazing organization, fulfilling this wonderful mission that impacts lives deeply and permanently, for the Glory of God and the coming of God’s Kingdom. In early 2010, with the new Executive Director, Stuart Ray, on board, the Guiding Light Board of Directors initiated a strategic planning process to define the goals, strategies, and objectives of the Mission for 2012 through 2014.

Our growth continues and in 2016, the Board of Directors created the next steps for Guiding Light, with a Three-Year Strategic Plan to take us into 2019. 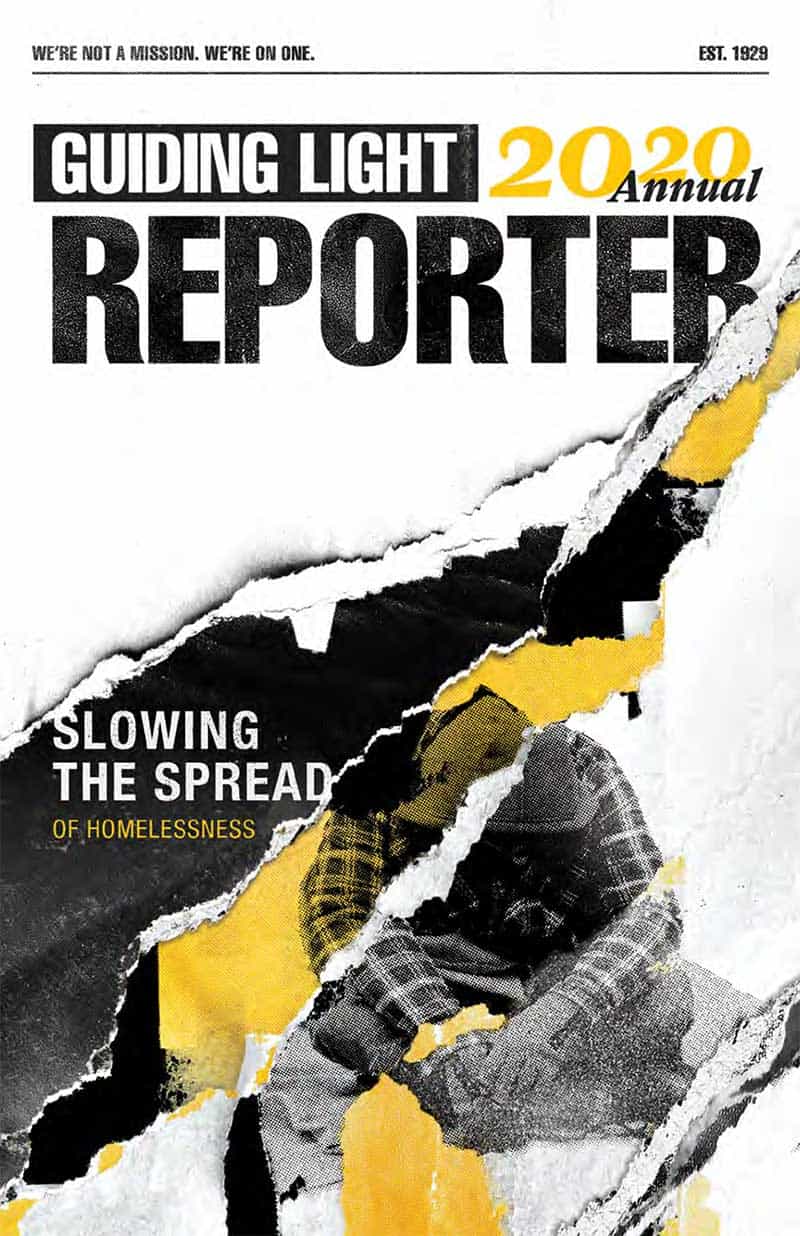