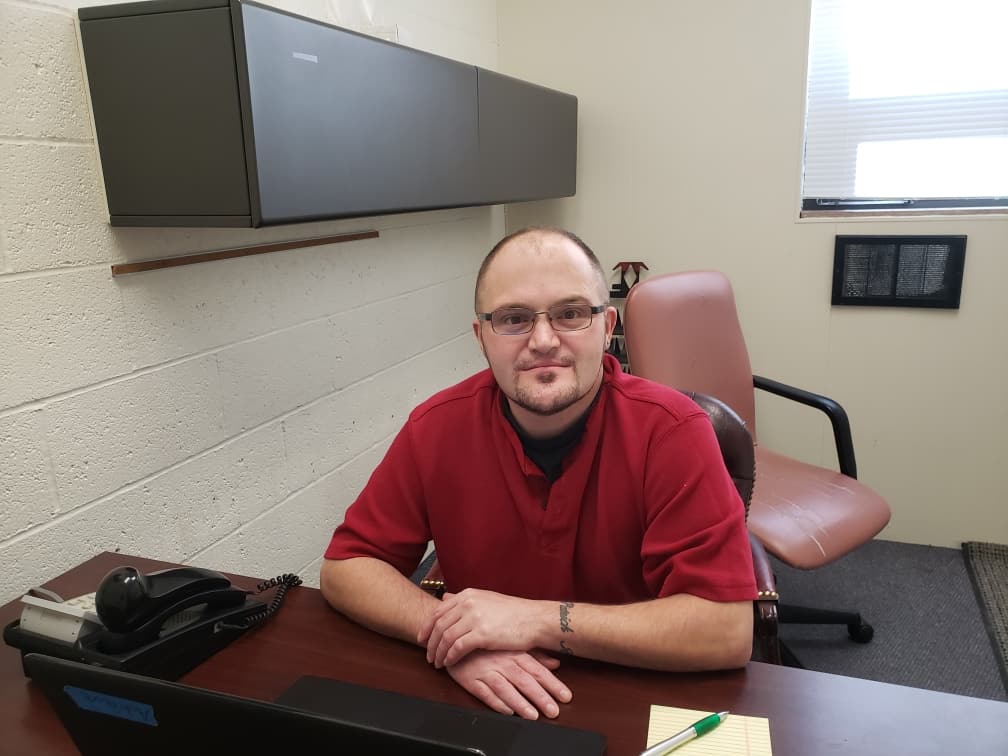 Ryan Gets a Job

Ryan came through the doors of Guiding Light five months ago after deciding he had enough of living a life in active addiction to drugs and alcohol. He remembers struggling with his relationship with God, and had difficulty coming to terms with his past. Ryan spent his first four months at Guiding Light in the Foundations phase of the Recovery program, where he dedicated his time solely to developing his physical, mental, and spiritual sobriety. After this he went on to his next step, the Achieve program. Achieve is a job-training program run by our partners at Goodwill and is designed to “transform lives by preparing individuals for securing and maintaining future employment.” Ryan worked individually with career coaches and attended small group workshops to discuss and develop resumes and job search tools, as well as interview techniques. He also worked with large group workshops focused on team building, communication skills, goal setting, raising self-confidence, handling stress, and more. “I liked the Achieve program because it helped me update my resume, it helped me find new ways to apply for jobs,” Ryan said. “I was old school and would use paper, I’m not real computer savvy, so that was a big help.”

After graduating Achieve, Ryan began his search for a job. He applied at the Grand Rapids-based Andronaco Industries via email and was invited in for an initial interview. Later, he was called back for a second interview and assessment, was offered a full-time position, and would begin work in a week. Ryan credits Guiding Light for giving him the time to get his life back on track and help him into the right head space to successfully move forward. “I feel like I’m ready to move on, I’m a little nervous since this will be the first job I’ve ever had sober. My life coach (Guiding Light Director, Brian Elve) is going to help me create a schedule and a routine. It’s definitely helping.” Ryan is grateful to be able to move on to this next chapter of his life under the umbrella of Guiding Light, where he can be gradually eased back into a “normal” life in sobriety. “Being here makes me more motivated. It’s hard to get lazy around here with your life since we are all accountable to each other.”

Ryan will continue to live at Guiding Light’s facility in downtown Grand Rapids and save up money. He then plans to move to Iron House, Guiding Light’s sober living apartments in Kentwood, where he will have a 78% chance of staying sober over a year. He is but one example of the miraculous turnaround we can see in clients that are given the proper resources, guidance, and time to realize their God-given potential. It costs roughly $300 a day to house, feed, and teach clients of the Guiding Light Recovery program. Thanks to you, the only cost required of them is their honesty, open-mindedness, and willingness to change. To all of our donors, volunteers, and advocates, thank you so much for all of your support. Thank you for helping men like Ryan see that there is a life worth living in sobriety.