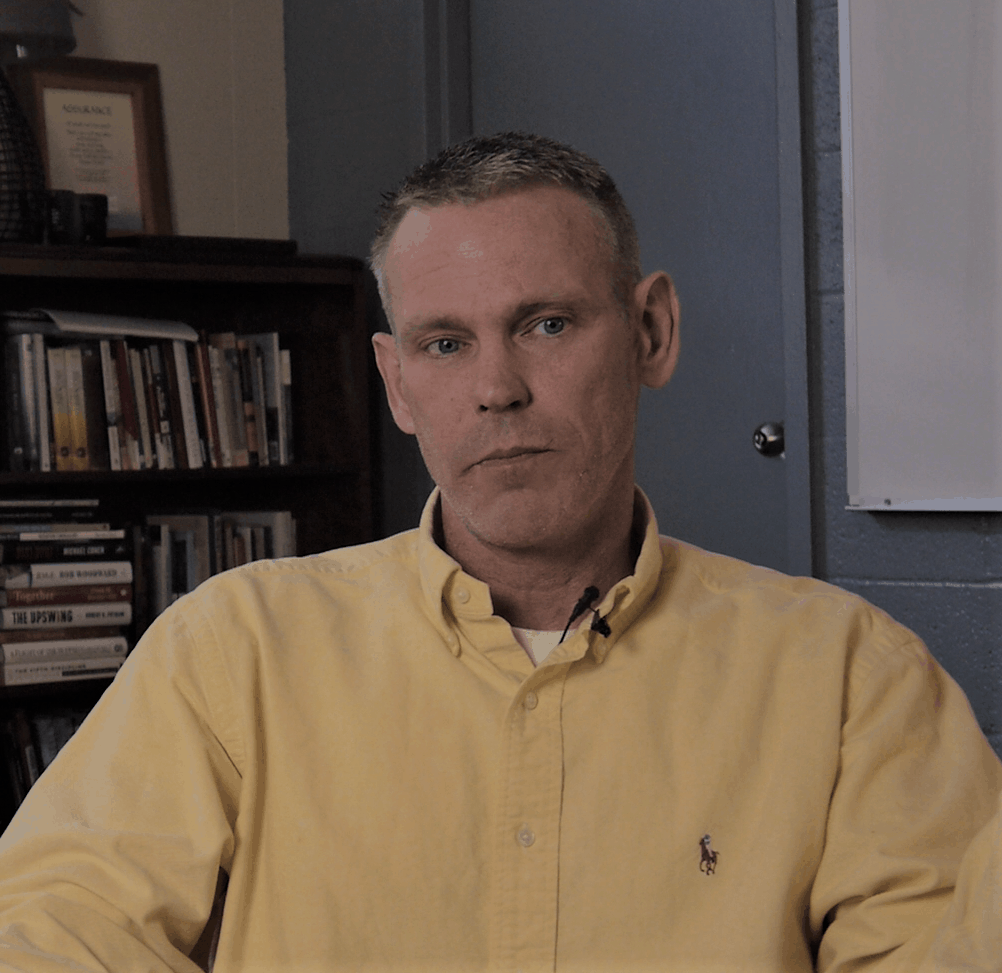 When Keith learned he had a daughter, he returned to his Northern Michigan home to see if they could connect, but alcohol had already claimed a significant part of his soul.

The Ludington native had tried – and failed – at least 10 detox and recovery programs, including a Christian-based program in Tennessee. He had fled south more than a dozen years ago, determined to shake the grip of the bottle, but unable to make the changes needed. That’s how Keith found himself on the streets of Ludington last November, enough bridges burned to leave him freezing, homeless and despairing. He was drinking more than a half-gallon of rum each day, unable to hold down a job, sleeping no more than a couple of hours at a time, often waking up with the shakes and unable to walk.

Something had to change, Keith knew, or he would be dead. “I came back to Michigan for a reason, but I wasn’t getting anything done,” recalls the 48-year-old. “I realized I was too old to still have alcohol be my primary focus in life. I knew I needed to make some changes if I was going to be a father for my daughter. I knew I couldn’t do that with alcohol even being a part of it. It had to be real.”

Alcohol was all too real for Keith when he was growing up in Northern Michigan. He was placed in foster care at the age of 11, moving to Traverse City to be near an older brother. His foster father drank – a lot – affirming to Keith the idea that drinking was acceptable and even something you aspired to once you “arrive.” Keith had one bright spot in those years, a social worker named Bill who was a great advocate for the youngster. Bill found opportunities for Keith, encouraging him to go to college – which he did, first earning a bachelor’s in social work and criminal justice at Central Michigan University before completing a master’s in social work at Grand Valley State University. “I dabbled in drinking during college, but I really started drinking seriously after my graduate degree,” Keith remembers. “I was newly married and starting to get into my profession. I had money, which was fairly new – and I had an addictive personality. My drinking got progressively worse. I thought I could control it. As someone who had grown up in foster care, I had to be independent. Nothing was going to pull me down. I always had the misperception I could stop at any time – but of course, I never did.”

The DUIs started coming, as did trouble at work. Keith and his wife divorced in 2002 before he landed in a court-ordered recovery program. When he finally admitted he was an alcoholic, he broke down sobbing – and stayed away from booze for five solid years. Little by little, though, Keith started putting himself into “danger zones,” dropping his guard and going to bars. He got into a series of relationships with women who also drank, before moving to get away from the negative influences, first to Detroit and then down to a sister in Tennessee. He burned bridges there, too, racking up fines and legal trouble from high-speed police chases and drunk driving arrests.

Drinking washed Keith out of his social work job, so he turned to a series of construction and factory jobs – at least until the new employer got fed up with his calling in sick and excuses. “Every relationship I had would end because alcohol would become the bottom line,” Keith explains. “My life was really unsettled – it was almost like the chaos was comfortable. I knew what to expect. The alcohol was taking its toll on my esteem and sense of security. If I tried quitting, I worried what life would be like without it.”

It was 2019 when Keith experienced his first seizure, which he realized was part of withdrawal. A “primary life-changing moment,” he says, that propelled him into yet another treatment program before returning to Michigan, where things spiraled even lower. After that November day in Ludington when Keith hit bottom, he found a bed at Turning Point in Grand Rapids. After 10 days of detox, he was ready to get serious. The team at Turning Point introduced him to Guiding Light, which accepted him into the Foundations phase of its Recovery program.

Guiding Light Recovery is a four- to six-month residential program that combines evidence-based practices, life-coaching, therapy, support groups, spiritual direction and resources to equip men to stay sober and live life in a new way. Each week, men attend group therapy sessions and individual therapy sessions with a licensed counselor specializing in addiction. Men also have weekly sessions with a life coach and a spiritual director, as well as daily personal contact with outside community support groups who are all committed to their recovery.

“This makes a huge difference,” Keith says. “The life coach and spiritual coach and therapists are keying in on these multiple aspects of me as a person. Sobriety and recovery come to more than quitting drinking. It takes the whole person. It puts the responsibility back on me to take an active role in my recovery. Guiding Light isn’t doing this for me – they’re giving me tools. The question is what am I going to do with these tools?”

Known on the street as no-joke recovery, Guiding Light’s program addresses mind, body and spirit as part of a holistic approach to recovery and re-engagement. It has given Keith a community to both support him and to be responsible to – a first in many years for him. “This program is getting me back into having responsibilities and chores,” Keith explains. I again feel a sense of obligation and accountability for others, which is key for me to step outside myself. For so many years, it has been all about me. Now, if I drop the ball, it affects everyone. It incorporates a sense of teamwork that had been missing in my life.”

The spiritual focus of Recovery at Guiding Light particularly resonates with Keith, who has surrendered and turned to Christ for his needs. “I know how much of a very strong influence He is in my life, as long as I am open and inviting,” Keith says. “One of the big things for me in Recovery has been to take my head knowledge and put it into my heart space. That spiritual growth has helped. This is what I need to focus on.”

Keith is at a point in the program where he’s starting to give back to men who are newly enrolled, which fill him with “teachable moments” that are good reminders for why he’s at Guiding Light. He’s focused now on completing Foundations so he can move to Iron House, one of the sober living apartments Guiding Light supports so men like Keith can continue their recovery journeys. He wants to use his MSW degree again and is working with counselors to visualize what that possibility looks like. He’s also taking the mental steps he needs to prepare to meet his daughter now that he is sober.

“I am looking forward to the future now that my mind is not so scrambled,” Keith says. “I believe in the program. It helps to feel part of something bigger than you are.”