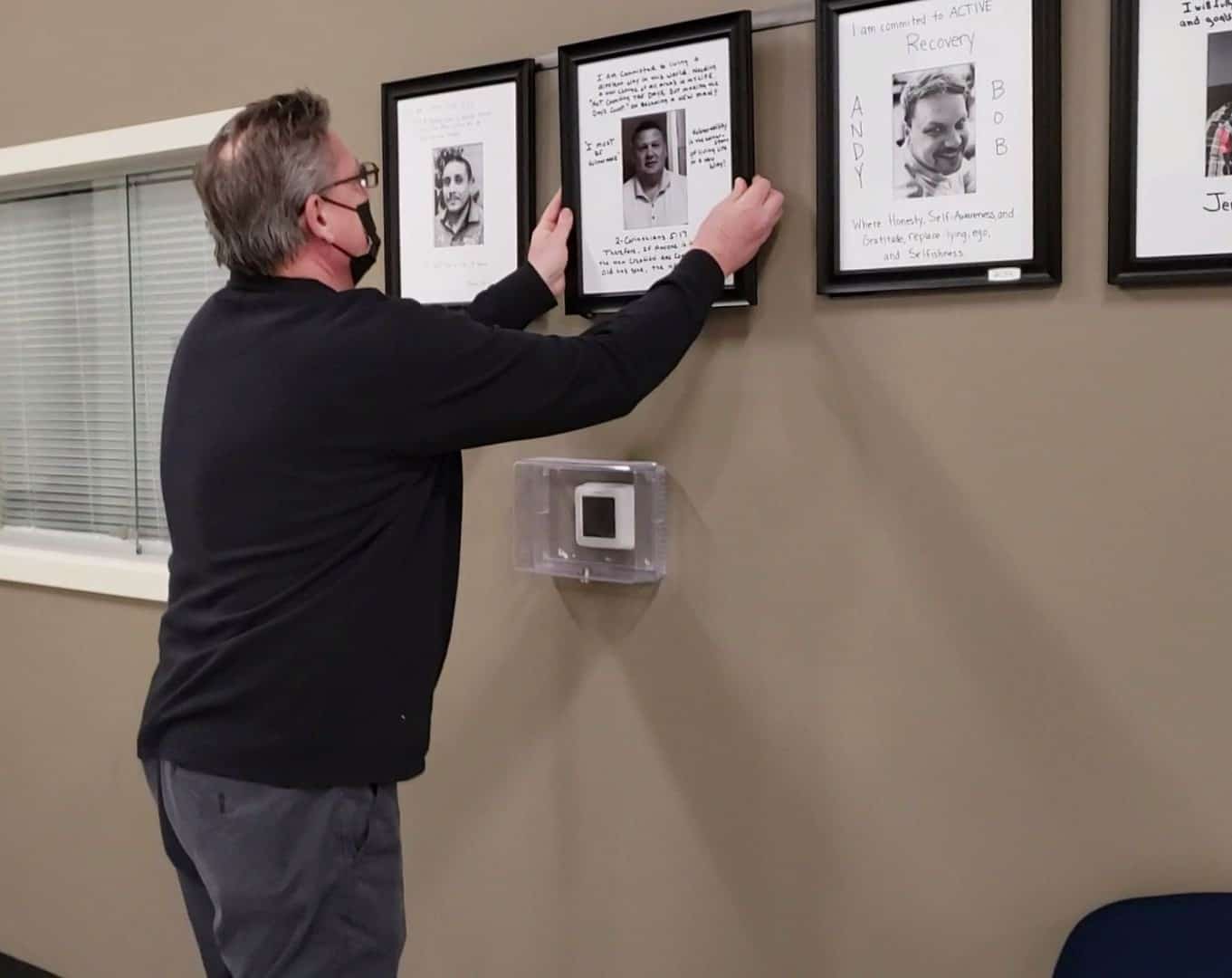 On Friday, Allen attended his last house-meeting as a resident of Guiding Light’s facility in downtown Grand Rapids’ Heartside neighborhood. The next day, he packed his things and moved to Iron House, our sober-living apartments in Kentwood.

Allen came to Guiding Light in June of 2020 after a failed suicide attempt in Battle Creek, deciding it was time for him to finally do something about his addiction. “I remember waking up…laughing, because I heard the birds chirping,” he recalls. “I just looked up at the sky and said ‘okay You win, I’m going to go get some help.” Prompted by his fellow community members, Allen ceremoniously took his picture and hung it on our chapel wall alongside all the other successful men that have completed our four-month Recovery program. I’m very excited that I made it this far because I never thought it would be possible,” he said. “I have changed a lot, and I have let a lot of things go. I’ve seen a lot of people come and go, I have to say that has been the hardest part. Now, I must be vulnerable…again…moving in to a new place, with new friends, making new commitments. It’s going to be a little bit scary, but thank God for this place and all you guys.”

Allen has lived at our facility for nine months and has taken advantage of the resources offered to him here exactly the way they are supposed to be. He has found mental and physical stability again. He has formed important, strong, and lasting relationships with other men in sobriety. He has taken the time to become financially self-sufficient and on his feet again. And, most importantly, he has found a real relationship with God that he never knew he could have in his life again. “The first time I went to church I hated it,” Allen reminisces. “I didn’t have God in my life and I didn’t understand it. I always had a negative attitude about that. But once I actually saw how He got me from Battle Creek to here in Grand Rapids within a week’s time…there is only one way. God did it. He made this all happen for me to get here and finally find out who He was and what He is capable of.” By completing the Guiding Light Recovery program and following the suggestions of our staff and the footsteps of the hundreds of other men that have come before him, Allen has a remarkably high chance of achieving long-term sobriety. 78% of men that come to Guiding Light, complete the four-month Recovery program, find employment, and move to Iron House, achieve a year of sobriety or longer.