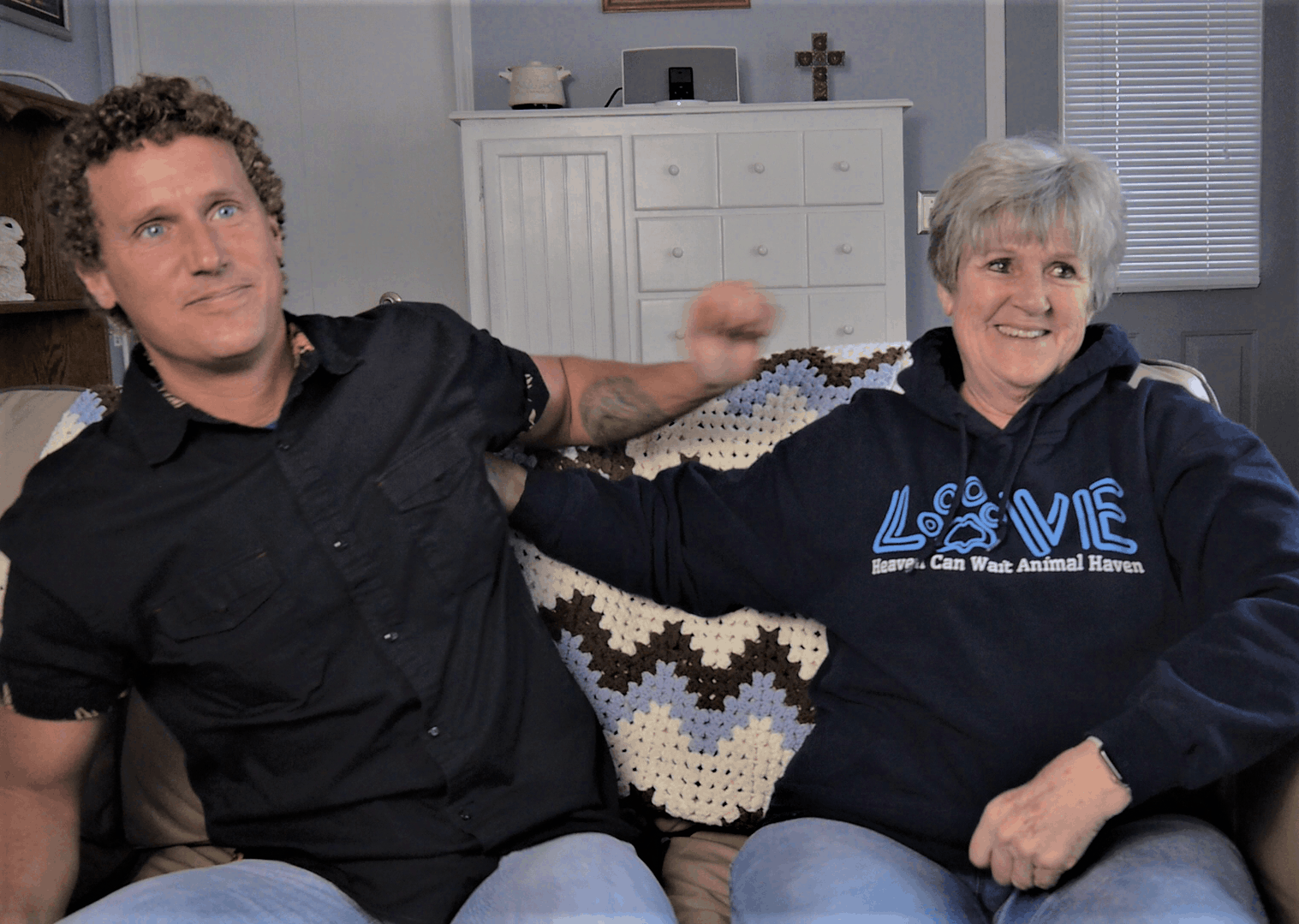 This Mother’s Day, Barb isn’t focused on getting flowers or candy or even a card. It’s enough that her son Mark is alive, a gift that five years ago seemed nearly out of reach.

“Every rock bottom has a trap door,” Mark was remembering. “And I was in a bad place. I was using methadone and heroin together for three or four days straight.” He was living in his mother’s home at the time, and went into the bathroom to shoot up. Barb – a registered nurse who had spent 35 years seeing it all while working emergency rooms and intensive care units – sensed something tragic on the other side of that door. But even all her training could hardly prepare her for the sight of her own son blacked out and not breathing on the floor after she popped the door lock with a straight pin. She dropped to her knees to perform mouth-to-mouth resuscitation. Mark’s son watched the horror unfold with eyes that were just 4 years old.

Today, Mark is sober, living in a supportive environment and employed at Guiding Light with an eye on a future he hopes includes the opportunity to continue helping men like himself – men who escaped death and got more of their share of second chances. Barb is counting her blessings as someone who realizes she could have spent this upcoming Mother’s Day whispering what-ifs to a stone in a graveyard.

Mark grew up one of two boys in a middle-class home in the Muskegon area that didn’t offer a lot of drama, though his parents separated when he was in the third grade. He played tennis and hockey for Muskegon Mona Shores High, graduating in 1998. He recalls drinking and doing some drugs during those formative years, but shrugs it off as “not being any different than anyone else at the time.” After high school, Mark’s “partying took off,” and he dabbled in different kinds of drugs. He attended junior college for a while and worked at a machine shop, but drugs and alcohol contributed to him being let go. For a while, he lived on the road, following a popular rock band around the country, with drugs as a mainstay.

By age 22, he’d been convicted twice of drunk driving. Alcohol and cocaine were his go-tos. Before long, Mark was dealing on the street, and was eventually busted during an undercover sting that he says should have earned him three felonies. He was surprised as anyone to be sentenced to long-term probation rather than jail or prison. Mark lost his license to drive, but ended up working in his father’s shop in Hesperia until he was about 30, negating the need for a car during those years. He married a girl from high school some 12 years after graduating, and they had a son together. During his 20s, though, Mark continued to use, and the marriage eventually dissolved.

By the early-2000s, Mark was using virtually everything, which included shooting heroin, a drug he says “was easier for me to get than any other drug on the planet at the time.” Blackouts and near-misses with death convinced him to check himself into Pine Rest Christian Mental Health Services more than once, as well as at a rehab facility in Brighton. None of it stuck. In 2019, while driving under the influence of an opiate, he got lost on streets he had traversed untold number of times, and realized, at age 39, “I was sick and tired of living the way I was living.”

Mark already had tried to get straight at Guiding Light three years earlier, in 2016, but he lasted just months before relapsing. Gaining entry into the nonprofit’s no-joke Recovery program a second time – during the fall of 2019 – was hardly automatic, but he was willing to do whatever it took. “I had to let go of everything in my life except my son and family,” he said. “I had to ask and answer tough questions of myself, questions that aren’t easy to answer and admit. You have to be vulnerable. And stay grateful for the things you do have. “But it wasn’t easy, especially in the beginning. I was so sick the first month, puking for 30 straight days…just miserable. But even during all the touch-and-go, I didn’t leave.”

His tenacity was rewarded eventually with a job offer at the front desk, doing a little bit of everything, reflected in business cards that read “Special Assistant to Mr. (Stuart) Ray,” Guiding Light’s executive director. Barb breathes a lot easier now that Guiding Light is helping Mark maintain a healthy compass. “I had some pretty solid years of a rough life,” she says. “I had to deal with a lot of things myself, and not a husband to share it with. I had no idea Mark was using heroin; it was almost beyond my comprehension…my own son. “I pushed as much as I could, but knew it had to be up to him. When he failed the Guiding Light program the first time, it was a knife in my heart. All that good work those guys did for him, and he just threw it away.”

Mark’s days now include time with son, as well as his ex-wife and her second husband. He lives at Guiding Light’s Iron House, a sober-living community, and stays away from old friends and haunts. Leaning on his former life as an athlete, he’s teaching cross-fit classes for some of his comrades at Guiding Light. “Lots of running and leg work; we do the best we can do, considering the pandemic,” he says.

As for Barb, “I vowed I would never give up on Mark no matter how bad things kept getting. I would want any other mom to know that if she feels like there’s nothing else to do, just don’t give up because sometimes it just has to come in that person’s time. “I very easily could have lost him. But I didn’t. And I’m grateful for that every day.”

A Lesson from the Caterpillar Welcoming Back Volunteers